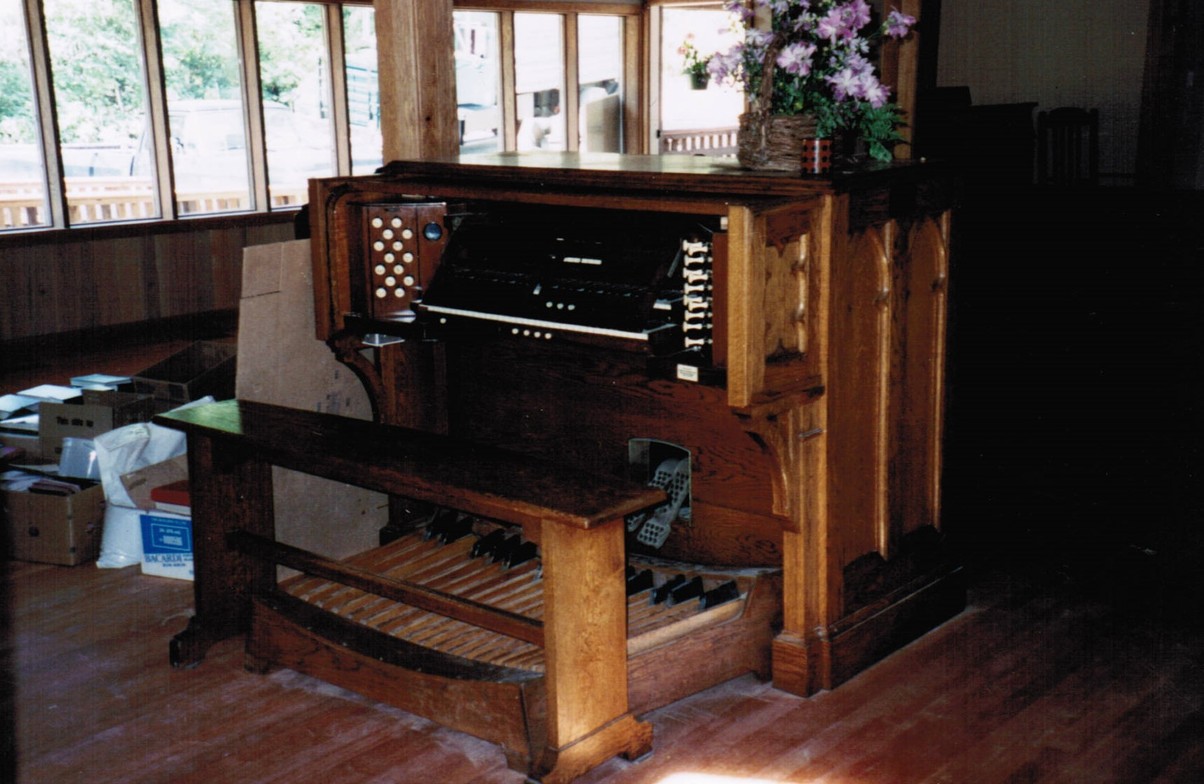 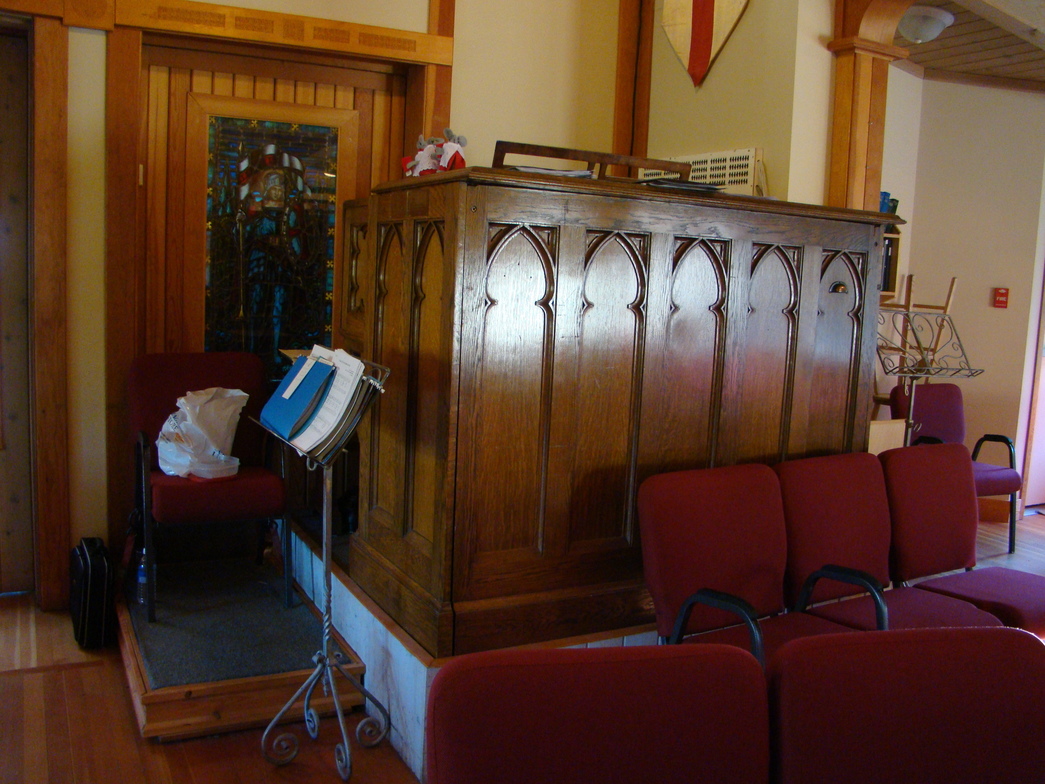 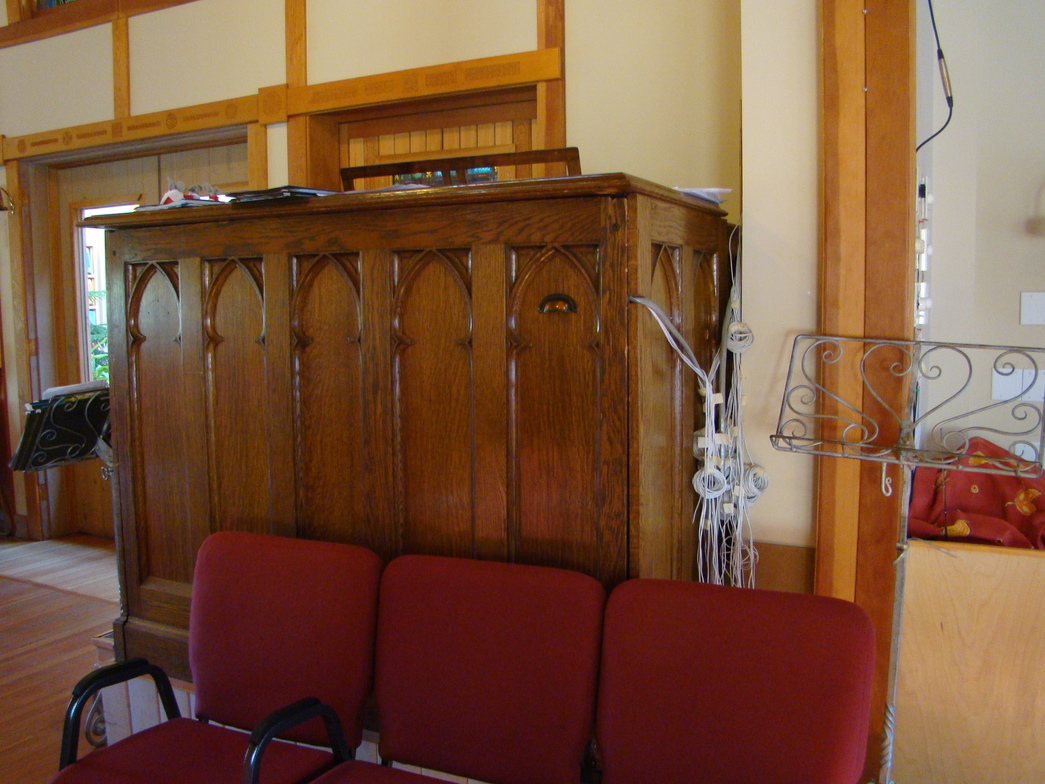 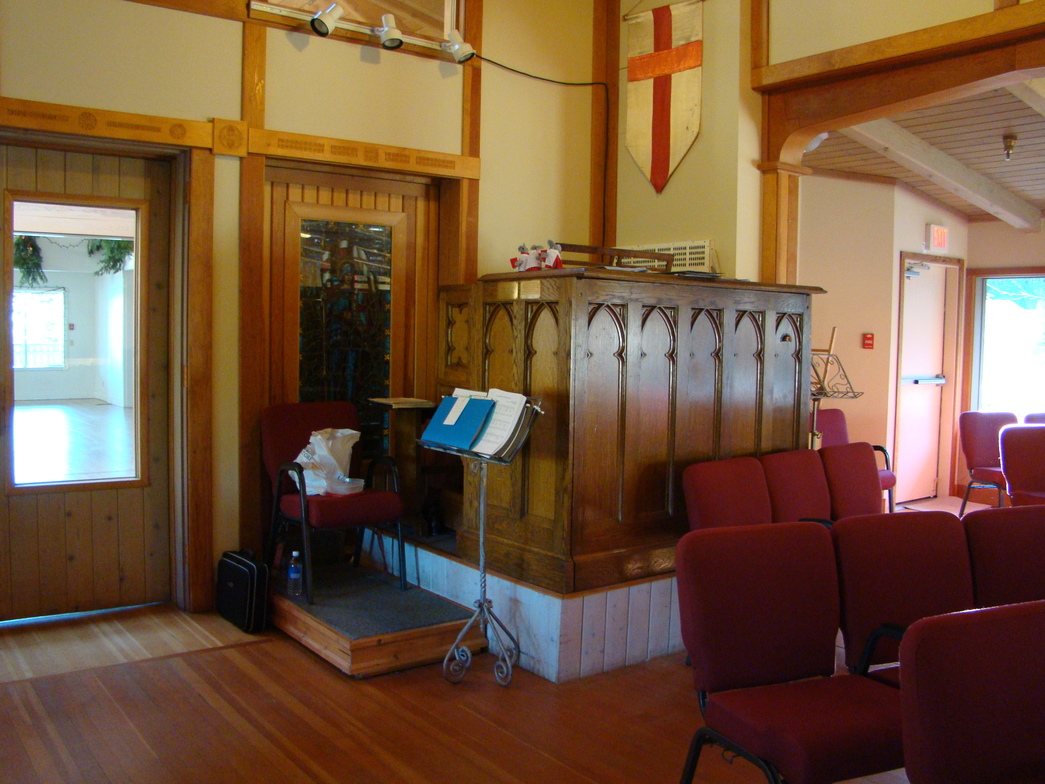 Holy Trinity's Organ 1994
The original organ brought to All Saints by-the-Sea was purchased from Holy Trinity in Vancouver in 1994.

August 20, 2014 Email to Duncan Mathieson, Churchwarden, from David Storm, Organist:
Grant Smalley, who has been sporadically taking care of our pipe organ for the last few years, is now moving towards retirement and is no longer able to come over to Salt Spring. He also cannot recommend anyone else on Vancouver Island who can tune pipe organs.
The console is old and has no working pistons. David Quinton was trying to rebuild this function but it is far from complete. David introduced the idea of a new electronic organ.

Saturday, August 31, 1996 Pipe Organ Evaluation by Grant Smalley:
The organ was thoroughly examined with the assistance of Mike Stacey.
The organ's main components were built by Casavant Freres, Quebec. However, many pipes have been changed or replaced with other used sets with mixed results.
The console, wind system, electro-pneumatic windchests and six sets of pipes are all part of the Casavant Organ from Holy Trinity, Vancouver. The rest of the pipework is of German manufacture and is in good condition.
Specifications:
The instrument has 20 stops, 17 ranks (sets of pipes), 7 couplers, 11 pistons, two 61-note manuals, and a 32-note pedalboard.